Unfortunately this ran into running problems and I decided to sell it and got my other car back on the road instead – which is already turbo and much faster 😉 ah well. priorities init.

For anyone looking into doing this I think what I had planned for the polo *was* totally feasible.

Then have a secondary injector which is activated by a boost switch and dumps a load of fuel into the inlet tract. When no boost it runs on the stock fuelling, and as soon as there’s boost it douses it. It wouldn’t be sophisticated but it hopefully wouldn’t melt.

Downsides are that this will be pretty imprecise – like you won’t get ideal fuel distribution per cylinder so changes are some will run hotter than others, which may lead to meltage if pushed too hard. I guess it would be similar to adding a wet nitrous system, with similar issues.

I was only looking for around 5psi of boost which I reckon the stock motor could probably take all day long. My hope was the anti-knock sensor would adjust the timing automatically if it got a bit too excitable.

Any more than 5psi and you’d probably want to be looking into better fuelling control, reducing the compression via thicker head gaskets (e.g. copper, which are available on ebay), and would perhaps need something a bit more sophisticated than the knock sensor to retard the timing.

Obviously the costs start to go up pretty steeply at that point hence sticking with 5psi….except it beat me to it and it started having starting problems we couldn’t fathom and I needed a working car for work so i cut my losses and got the audi back on the road. It’s something I may come back to in future though the syncro is my priority.

Ah well.. I’ve got a big box of turbo bits for sale if anyone needs them (2x RS4 turbos, some of the original manifold pipework to rob flanges from etc, boost sensor, boost gauge, injector etc.

…unless..maybe…the turbo might go on the syncro. hmm. Turbo might be a bit small for the KR motor but again, only needs to make 5psi-ish. At least with the syncro the injection is mechanical so can be adjusted, and the timing is probably simple enough to fiddle too, plus I have a couple of spare motors.

Also it would *massively* simplify the downpipe situation on the syncro which is a problem I will be facing anyway if I can’t get the current downpipe to seal properly. 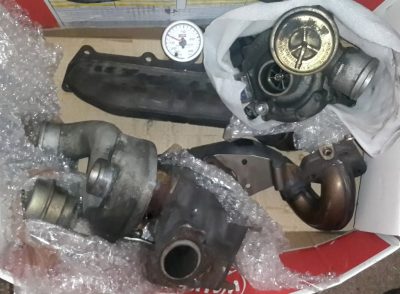 So tonight I finally got the first round of turbo bits for the polo. There’s a few bits still missing but the key players are there so I can start to figure out how it might actually go together.

If you want to tell me why this is a terrible idea then please use the comments box below. 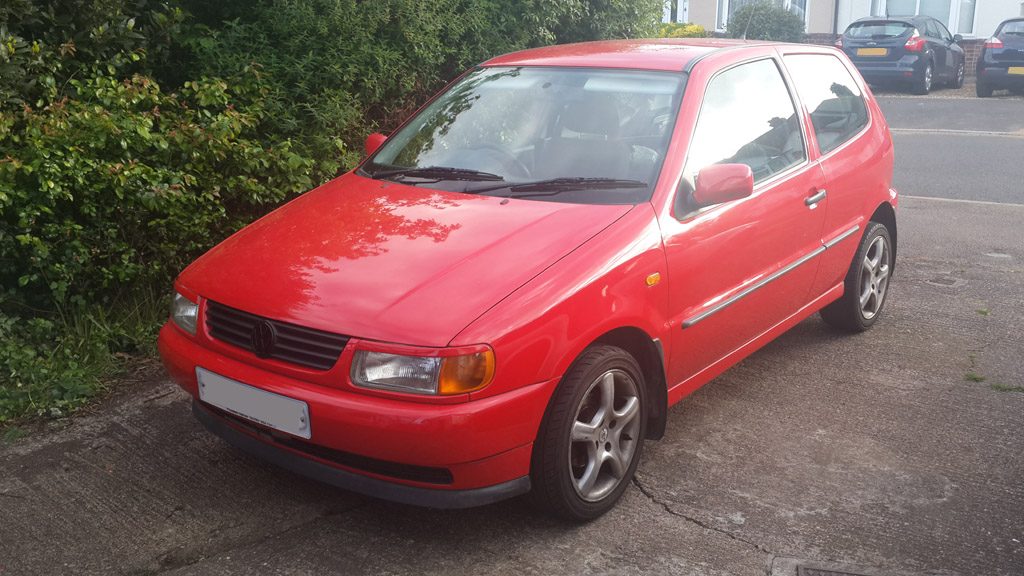 So I’ve been umming and aahing about this for a while now. Lots of people saying it can’t be done, don’t bother etc, but also some notable folks who have done it.

The examples I’ve found have varied from very DIY to full “proper” installs…but I think I have a plan to move forward with this in a staged way which won’t require huge investment up front.

I’m still working out the details but I’ve actually started collecting components for the project so I guess it’s maybe really happening.

END_OF_DOCUMENT_TOKEN_TO_BE_REPLACED

© NorthamptonCustoms. All rights reserved.
Site and hosting by Plus8